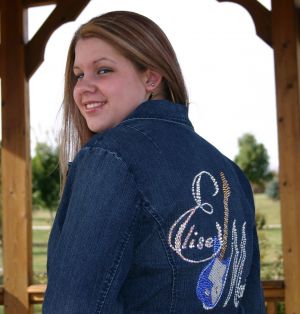 All these words have been used to describe Elise Marie. This Nashville Recording Artist is gaining a lot of attention as she brings a fresh face and sound to the gospel music scene with her energetic and entertaining personality in which she has the ability to reach any type and size of audience.

Some of Elise Marie's many accomplishments are that she has won...

Elise Marie sings from her heart and combines her original music with traditional gospel songs, classic country, and patriotic music in order to delight her audiences with her fast-paced, high energy programs.